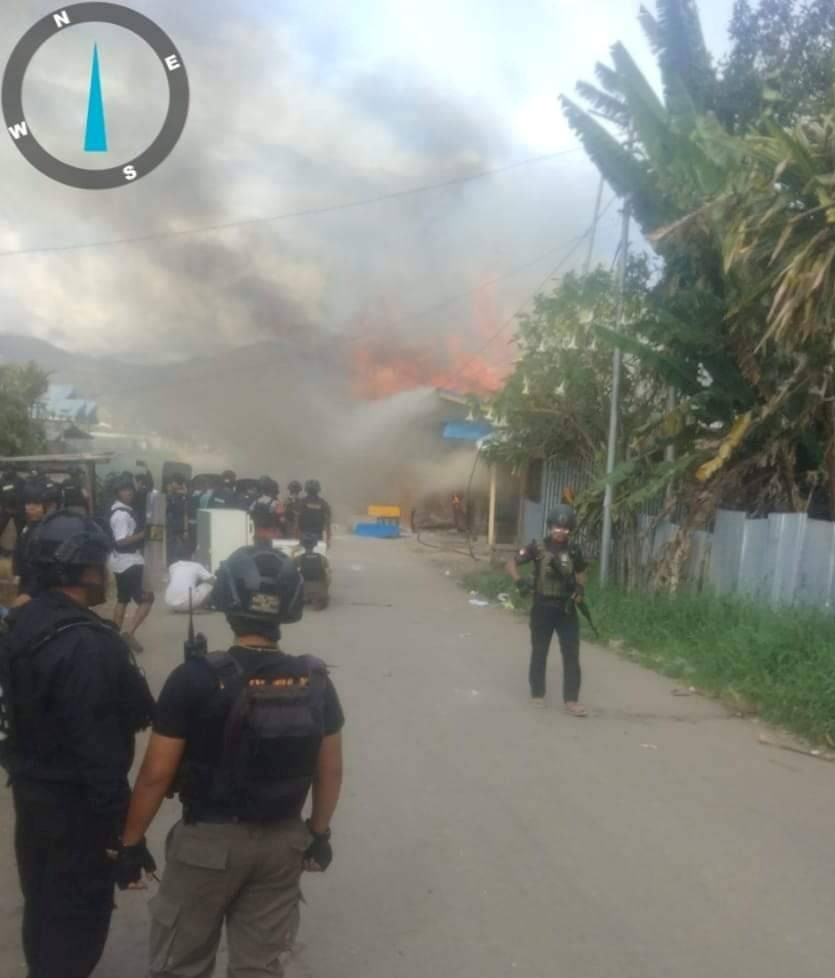 On 12 November 2022, members of the police cracked down on a civil unrest in the Dogiyai Regency, Papua Province. At least one person named Mr Felek Pigai was shot dead by police officers, while six others – all of them indigenous Papuans – were reportedly injured by bullets during the crackdown. 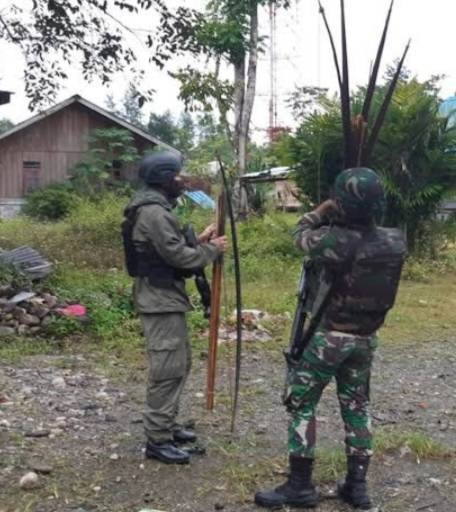 On 31 October 2022, joint security force members arrested Mr Yontinus Kogoya in the town of Dekai, Yahukimo Regency, and subsequently tortured him. According to information received from the Papuan Foundation for Justice and Human Integrity (YKKMP), police officers shot Mr Kogoya’s left leg as he attempted to escape the arrest. Thereupon, police officers handcuffed him and brought him to the nearby forest, where they tied both legs together before shooting both of his knees from close range. 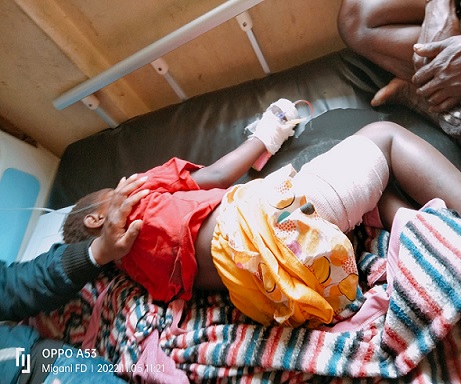 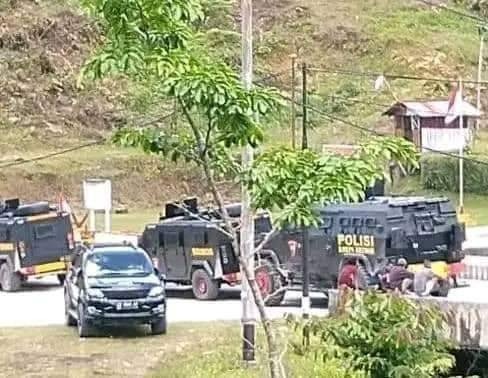 On 14 October 2022, police officers arbitrarily arrested at least nine villagers in the districts Aifat, Aigat Timur Tengah, and Aifat Selatan. of Maybrat Regency. Some sources claim that the number of arrestees reached 24, including women, elderly persons, and children. All arrestees were detained at the Sorong Selatan Police headquarters. 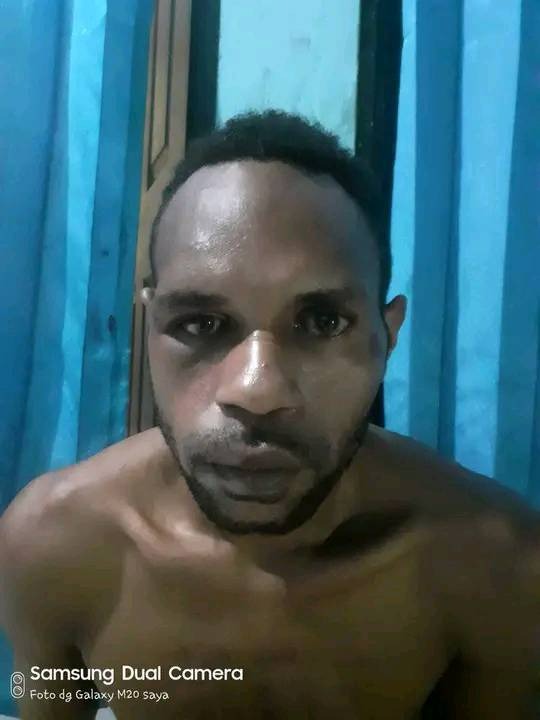 Police officers tortured Mr Hermanus Waragan in the town of Tanah Merah in the Boven Digoel Regency, Papua Province, on 15 October 2022. Shortly before the incident, residents had filed a complaint regarding the disturbance of public order by an intoxicated person to the police. The officers jumped out of their patrol car, accusing Mr Waragen of disturbing public order, and immediately tortured him while asking him what he was doing in Meranti.

The Mukomuko Resort Police have arrested at least 47 farmers from Malin Deman Sub-district, Mukomuko Regency, Bengkulu Province, within six months, from May to October 2022. The police often accuse the farmers who are members of the Association of Farmers Fighters Bumi Sejahtera (Perkumpulan Petani Pejuang Bumi Sejahtera/PPPBS) of stealing palm fruit belonging to PT Daria Darma Pratama (PT DDP and ignore the land conflict between PT DDP and the farmers. The police repeatedly made arbitrary arrests, detained the farmers without sufficient evidence, ill-treated them, and obstructed their right to meet with their lawyers.

On 19 September 2022, members of the National Workers Union (SPN) of Makassar City and the Makassar People’s Struggle Alliance held a demonstration at the South Sulawesi Regional Police Headquarters. This action was carried out in response to classifying nine labourers as suspects in a coercion case. The management of PT WIKA BETON had reported them through police report Number: LPB/346/IV/2022/SPKT Polda Sulsel on 28 April 2022.

The Makassar Police Drug Unit arrested Muh Arfandi Ardiansyah on 15 May 2022 on Jl Rappokalling, Makassar, South Sulawesi Province. Muh Arfandi Ardiansyah was found dead the same day, sometime after being arrested. The police accused him of being a drug dealer but later amended their statement, saying that Arfandi had not been a drug dealer. Arfandi’s body was full of bruises, and several bones were broken, indicating that Arfandi had been a victim of torture by the police.

Police officers reportedly searched the house of Papuan political activist, Mr Steven Itlay, in the town of Sentani without warrant on 23 October 2022. The officers later claimed that the search was related to a stolen motorcycle after they could not find any incriminating evidence at Mr Itlay’s house. He understood the police operation as an act of intimidation and an attempt to criminalise him for his engagement in political work. 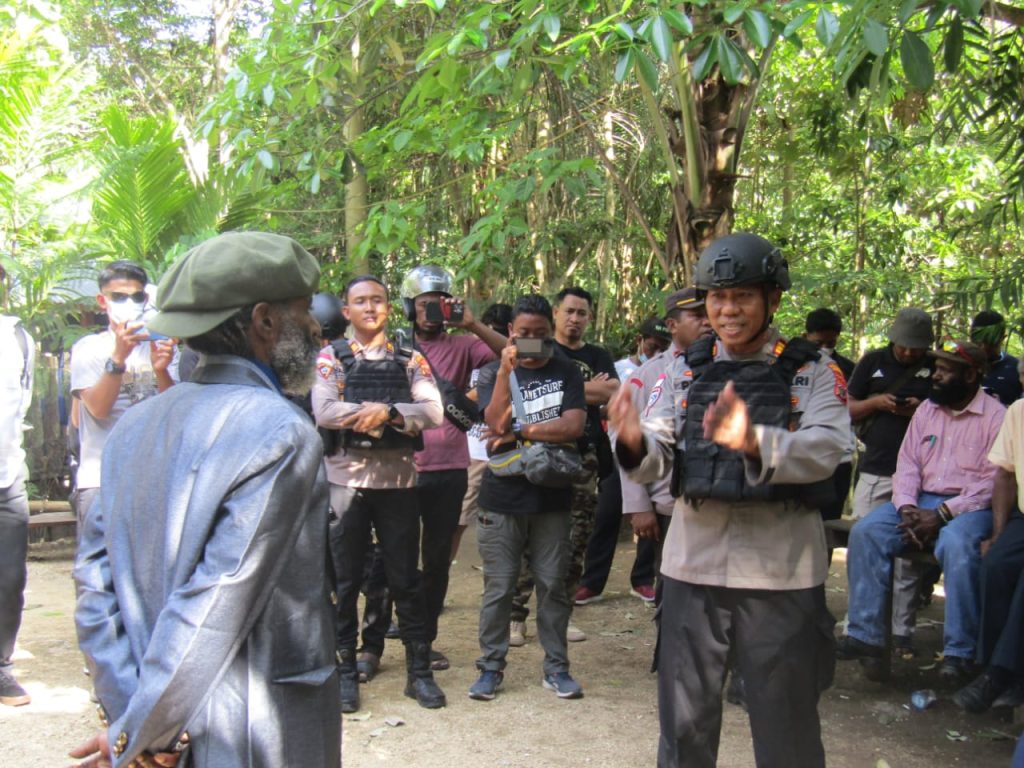 On 17 October 2022, police officers arrested four members of the Provisional Government Council formed by the United Liberation Movement for West Papua (ULMWP). They had come together for an annual ULMWP meeting at one member’s house in Jayapura, where the police showed up without a warrant.

On 22 June 2022, 28-years old Ari Putra died in the custody of the Empat Lawang Resort Police, South Sumatra Province, a few hours after being arrested. Ari Putra was arrested with his friend Bayu Anggara on Tuesday night, 21 June 2022, at around 10 pm. Based on the results of the post-mortem, Ari was declared dead because he suffered bruises on the back of the head and face and swollen right cheekbone. Police said that Ari Putra died because fellow prisoners mistreated him. However, the family suspects the involvement of the Empat Lawang police officer.

Thirty-nine Trenggalek People’s Alliance representatives arrived in Jakarta on 23 October 2022. They travelled from Trenggelek district in East Java province to Jakarta to convey the residents’ rejection of the PT Sumber Mineral Nusantara (SMN) gold mine due to environmental considerations and disasters, especially floods that are getting worse in Trenggalek. Most of the water comes from the mining area.

A 31-year-old man called Subhan died on 10 June 2022 after eight days of detention by the Banjarmasin Police Drug Crimes Unit. Subhan was arrested at his home in Pekapuran B, Perkapuran Laut Village, Central Banjarmasin Subdistrict, Banjarmasin City, South Kalimantan Province, on 3 June 2022, on suspicion of distributing methamphetamine. Signs of violence on Subhan’s body indicated that the police had tortured him.

On 12 May 2022, ten demonstrators who were members of the Monta Student Alliance were allegedly arbitrarily arrested and detained by the Bima Resort Police (Polres). The protest, which lasted for four days, demanded repairing roads in Waro village, Monta district, in the southern coastal area of Bima Regency. The first protest took place on 9 May, and it caused no reaction from the government regarding road reparations. Therefore, the students protested on 10,11 and 12 May. On the last day, the demonstration was more significant, and police and TNI were present to forcibly dispersed the crowd.

The Communication Forum for Victims and Families of Victims of the Simpang KKA Tragedy (FK3T-SP.KKA), supported by Persatuan Pemuda Simpang KAA (the Simpang KKA Youth Association) and Lembaga El Mansur Peduli (the El Mansur Care Institute) commemorated the 23rd anniversary of the Simpang KKA (Junction KKA) Tragedy in Dewantara District, North Aceh Regency, Aceh Province on 3 May 2022. In addition to the grave pilgrimage of the martyrs of the Simpang KKA tragedy, they stood in silence at the Simpang KKA monument. A joint prayer was also held at the Ta’lim Assembly Hall in Simpang KKA Hamlet, Paloh Lada.

On 8 February 2022, around 250 joint military and police officers surrounded Wadas Village, Bener District, Purworejo Regency, Central Java Province. Wadas is currently a controversial spot since the government has mining plans in the village, which the villagers oppose. The joint, military and police action soon led to a violent clash with the residents. The authorities ill-treated and arbitrarily arrested dozens.  They were detained at the Purworejo Resort Police Station until 9 February.

In October 2022, the company PT Perkebunan Nusantara III (PTPN III), represented by 300 people and 500 police officers, tried to evict 250 peasant families with a land area of 126 hectares in Gurila Village, Siantar Sitalasari District, Pamatangsiantar City, North Sumatra Province. From 2004 until 2020, PTPN III abandoned its concession land. Peasants who are members of the Forum Tani Sejahtera Indonesia (FUTASI), which is a member of the Agrarian Reform Consortium (KPA), have been reclaiming the former HGU (right to cultivate) land of PTPN III since 2004.