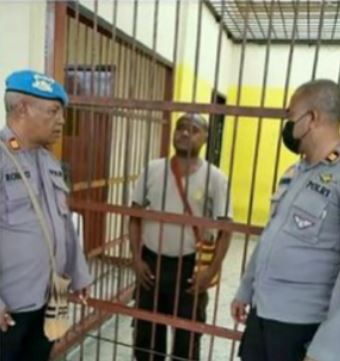 On 1 October 2022, the chaos that ended in tragedy took over the stadium after a football competition between Arema FC and Persebaya Surabaya at Kanjuruhan Stadium in Malang, East Java. As a result of the incident, as of 5 October 2022, 131 people were reported dead and hundreds injured. Thirty-four people died inside the stadium; the remaining victims died in the hospital. This has been, so far, the darkest football tragedy in the history of Indonesian football. The police response to the crowd unrest has raised questions about this tragedy’s human rights violations. 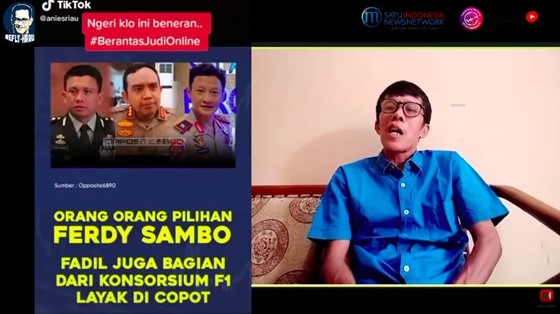 Masril Ardi, a man from Pekanbaru, Riau Province, was arrested by the Cyber ​​Team of the Metro Jaya Regional Police (Polda Metro Jaya) on 31 July 2022, at his home on Hang Tuah Street, Tenayan Raya District, Pekanbaru City. He was arrested for posting on his TikTok social media account. Masril posted about “Orang-orang pilihan Sambo” (Sambo’s chosen people). Masril gave the hashtag #BerantasJudiOnline (#fight online gambling) in the post. The Sambo case is a high-profile one. It has caught the public’s attention since July 2022. Inspector General Ferdy Sambo is the Head of the Professional and Security Division (Kadiv Propam Polri) and is the main suspect in the murder of his aide Brigadier J.

On 23 August 2022 the Head of Ternate District Prosecutor’s Office (Kajari), Abdullah Fatah, demanded that Maharani Carolina, a female lawyer in Ternate, apologise publicly for her posts on her Facebook account, Namaku Ranigila (my name is crazy Rany). The posts criticised the handling of the drug case involving Stephanus Peter Imanuel (Steven) by the Ternate District Prosecutor’s office and the North Maluku High Prosecutor. 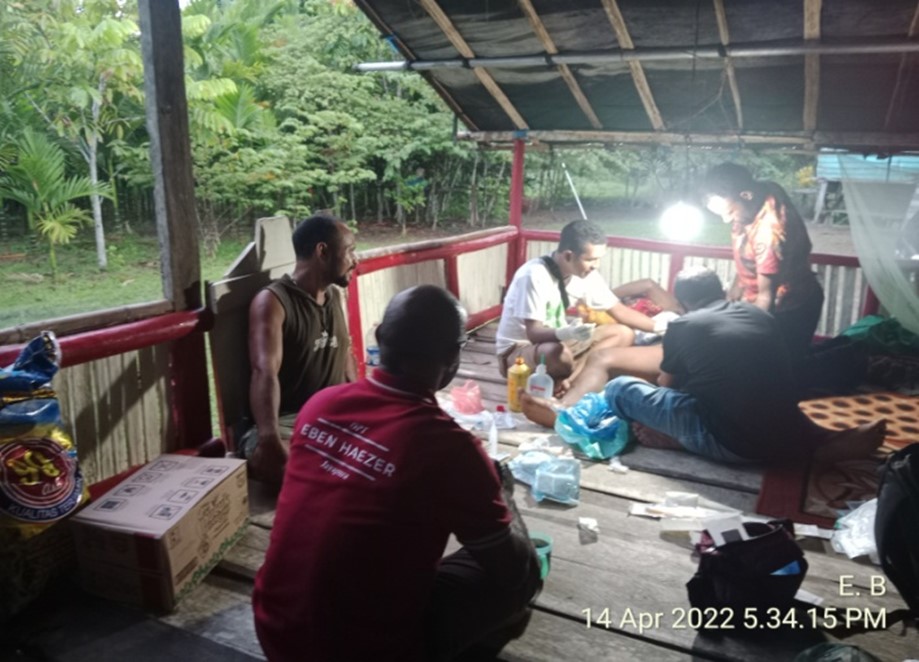 On 7 September 2022, the indigenous peoples in the Grime Nawa valley in Jayapura Regency again held a demonstration demanding the government stop activities and revoke the license of the palm oil plantation company, PT Permata Nusa Mandiri (PT PNM). The compnay has a location permit from 2011 and an environmental permit since 2014. PT PNM obtained a Hak Guna Usaha (HGU) permit in 2018, although the three-year Palm Oil Moratorium has been in effect.

On 7 September 2022, a group calling itself the Committee for the Rescue of Local Wisdom in Cilegon City held a demonstration against the construction of the Maranatha Batak Protestant Huria Christian Church (HKBP) in the Cikuasa neighbourhood, Geram Village, Grogol District, Cilegon City, Banten Province. They used the Decree of the Head of Serang II No. 189/Huk/SK/1975, dated 20 March 1975, as a juridical document to reject the establishment of a church. This decree reportedly regulates the establishment of houses of worship other than mosques in Serang Regency, now Cilegon City.

A journalist, an editor of online media outlet cermat.co.id, and an official partner of kumparan.com, Mr Nurcholis Lamau, was intimidated and beaten by the family of the Deputy Mayor of Tidore Island, Mr Muhammad Sinen because of an editorial article he wrote criticising some of the Deputy Mayor public remarks. This incident occurred at Nurcholis’ house in Rum Balibunga Village, Tidore City, on 31 August 2022, not long after Nurcholis Lamau published the editorial titled “Breathing Coal Dust Get Rewards” on the online media cermat.co.id. The Dep 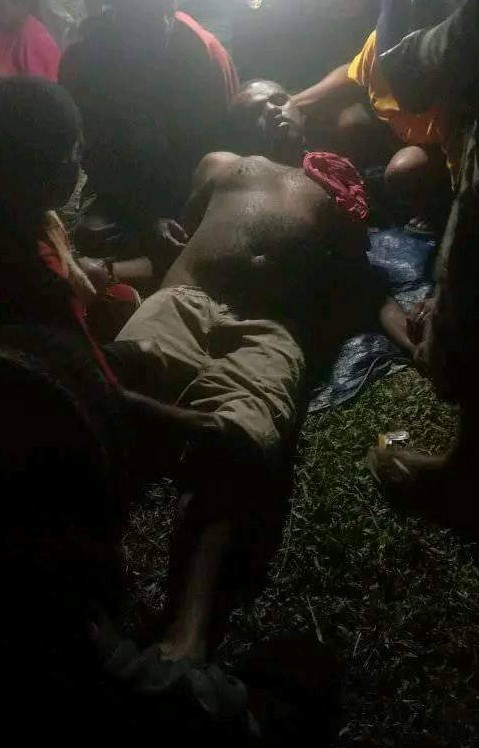 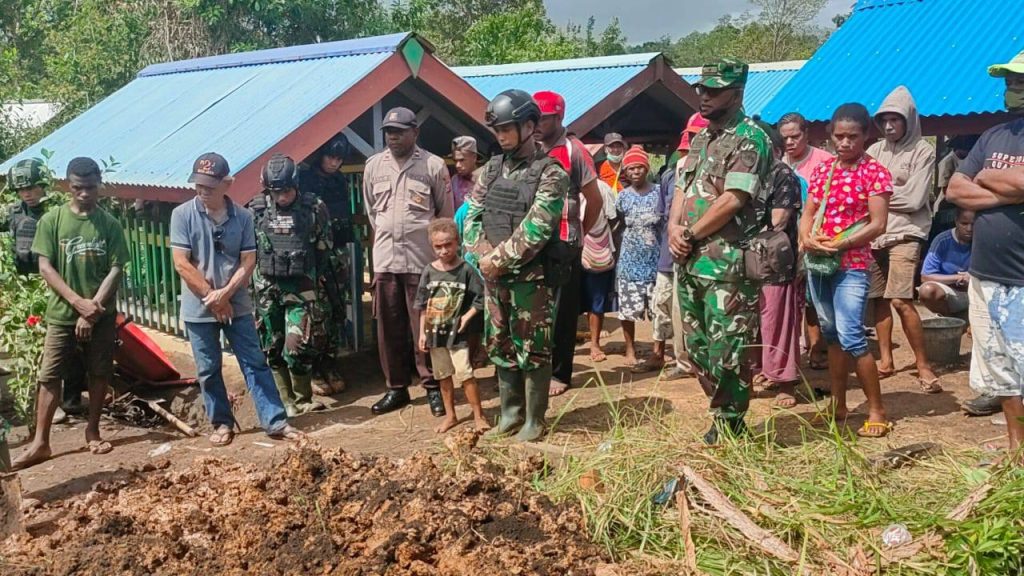 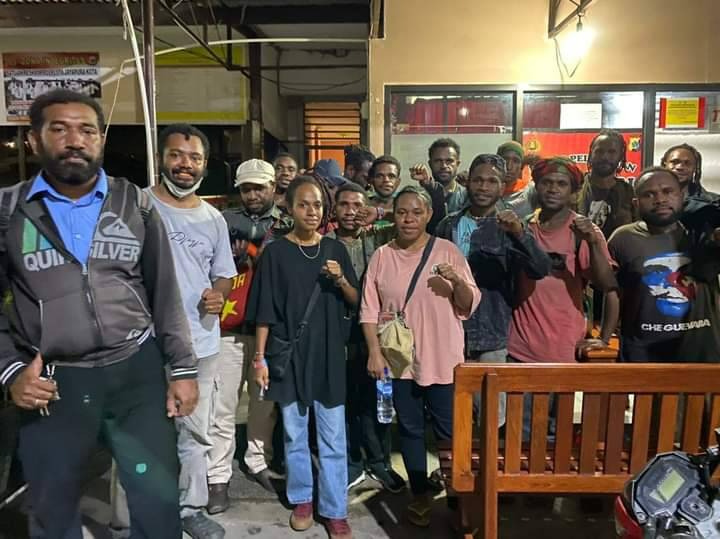 On 1 September 2022, police officers arrested eight Papuan student activsist inside the Cenderawasih University Campus in Jayapura. The arrested students are members of the Papuan student organisation GempaR. The activists organised and took part in a book stall in front of the UNCEN Museum. The books were made available to students and the public.

Police officers arrested five Papuan activists of the movement organisation Kunume Numbay in Jayapura, Papua Province, on 15 August 2022. According to information received, police officers were already waiting at the meeting point as 14 Kunume Numbay arrived around 10:00 am. 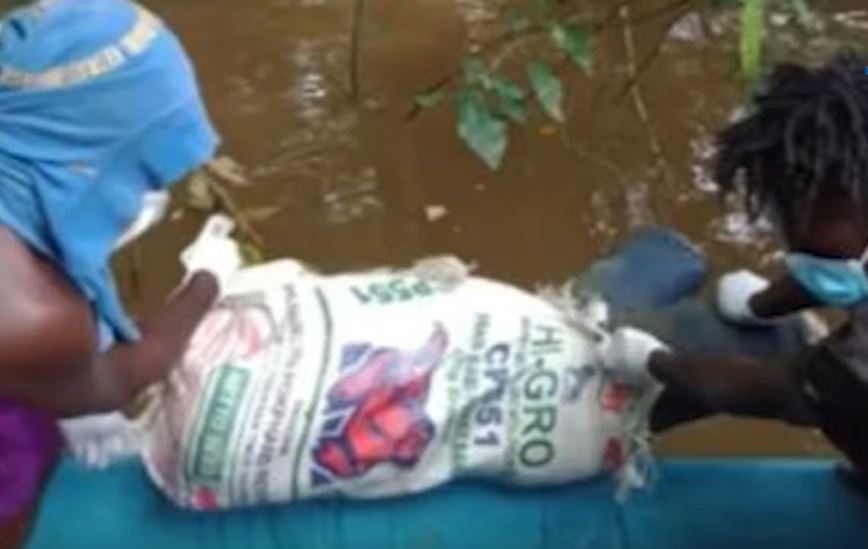 Military and civilian perpetrators have killed and mutilated four indigenous Papuans in Timika on 22 August 2022. The military police and the Timika regional police have launched separate investigations into the killing. As of 30 August 2022, the police had discovered body parts of the four victims, which the perpetrators packed in bags and dumped into the river. On 29 August the relatives carried out a peaceful protest demanding justice for the killing and enforced disappearance of Mr Irian Nirigi, Mr Arnold Lokbere, Mr Atis Tini, and Mr Limaniol Nirigi.

On August 22, 2022, hundreds of members of the Police from the Simalungun Police and members of the TNI from Kodim 0207 Simalungun carried out repressive actions against the Sihaporas indigenous community in Pematang Sidamanik district, Simalungun Regency, North Sumatra Province. The indigenous people of Sihaporas Lamtoras were protesting the business activities of PT Toba Pulp Lestari (PT TPL) in their ancestral territory and aimed to stop them until the land dispute is settled. The brutality of the joint security forces in Simalungun resulted in a woman being injured by a rubber bullet.

On 1 August 2022, the police repressively dispersed a peaceful demonstration by mostly members of the Tourism Care Community Forum (Formapp) in Labuan Bajo against the government’s tourism management policies for Komodo National Park (KNP). For Formapp, the policies are unilateral and detrimental to residents, and the main issue is the increased entrance fees for the KNP. Labuan Bajo is a gateway town to the KNP, it is located in Komodo, West Manggarai Regency, East Nusa Tenggara Province.

On 5 July 2022, security force members of the Damai Cartenz shot dead indigenous Papuan, Mr Uakhele Giban in the Suru Suru District, Yahukimo Regency. He has been living with his family in a temporary shelter in there since November 2021 and was using his motorboat for river transportation services to generate an income to support his family. 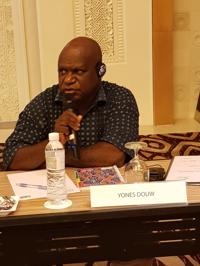 On 7 July 2022, two military members were questioning residents and journalists in Nabire to collect information about Papuan human rights defender Mr. Yones Douw. Mr Douw understood this action as an attempt to intimidate and prevent him from carrying out his work as human rights defender. 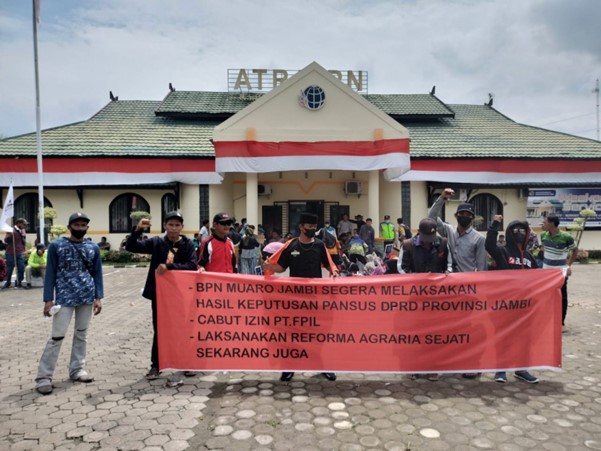 On August 4, 2022, hundreds of peasants from Sumber Jaya Village, Kumpeh Ulu District, Muaro Jambi Regency demonstrated in front of the ATR/BPN office. The peasants voiced their rights regarding the 322 hectares of land currently claimed by the palm oil company PT Fajar Pematang Indah Lestari (PT FPIL) and protest the criminalisation of peasants in Sumber Jaya Village.
PT FPIL accuses peasants of starting to occupy land legally included in the company’s Cultivation Rights Title (HGU) area and stealing their palm fruit in that area. Meanwhile, peasants feel they are entitled to the land because it was always their land, passed down for generations until a plantation company named PT Purnama Tausar Putra sized it in 1998 before being taken over by PT FPIL in 2015.

A crowd of several hundred protesters gathered in various locations in Kaimana on 14 July 2022. Police officers blocked the roads to the local parliament. According to information received, police officers beat two protesters with wooden batons. The police dragged them off the bike and forced them to enter one of the trucks. One of the victims, Mr Aser Bary, was beaten with a wooden baton and sustained bruises on his chest and back as a result of the excessive force applied against him.